The Didgeridoo from Down Under 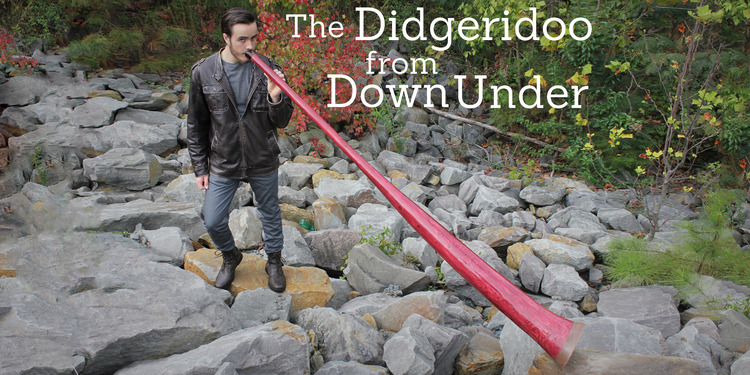 Sitting in the stairwell of Paty Hall, Will MacGavin props a 7-foot-long instrument against the cement block wall so he can play. As he blows into the wind instrument, deep, lip-buzzed notes resonate as students walk by, stare and listen.

At age 18, MacGavin, a freshman honors student with junior-level credits, is the youngest didgeridoo crafter in the United States. “This is the one thing in my life I can just geek out on,” he said. MacGavin says he saw the instrument for the first time during his freshman year of high school, when his sister’s friend brought a didgeridoo by his house in Temecula, California. Curiosity drove him, and, at 14, MacGavin says he crafted his first didgeridoo with a PVC pipe and beeswax from Home Depot. Since then, he has made more than 80 didgeridoos, selling the handcrafted instruments from $200 to $800.

By definition, a didgeridoo is a single drone wind instrument similar to brass instruments in sound. Originating in Australia over 15,000 years ago, MacGavin explains that the instruments were usually made of heartwood from termitehollowed trees. Then, crafters would chop the wood so that a tube naturally formed, creating an instrument with a mouthpiece. Since these certain termites do not exist in the U.S. today, MacGavin says crafters now cut logs of wood and agave, a woody flower, in half to make didgeridoos.

With a passion for playing perhaps the oldest instrument known to man, Will MacGavin shares his love of the didgeridoo by crafting a modern instrument that sounds the same as when the first Australian Aborigines played it.

Myke Gomezmaicas, a middle school teacher in California who teachers didgeridoo and drum playing, shares a love of the instrument.

“Didgeridoos are one of those instruments you fall completely into,” Gomezmaicas said.

In late summer 2011, at a didgeridoo art exhibit in Los Angeles, Gomezmaicas found himself inviting MacGavin back to his house to shadow his crafting of didgeridoos. Gomezmaicas says he would not do this for anyone. It had to be someone with real, interested passion, he says.

“He became the guy my wife would gladly adopt, and the guy I could rely on to tell me bits of information that would just blow my mind–the kind that led from heaps and heaps of his own personal research,” Gomezmaicas said. “There’s really no other kid like that.”

In one year, Gomezmaicas says he taught MacGavin what took him seven years to grasp.

In May 2012, MacGavin tested himself to see how quickly he could make a didgeridoo. This particular one, which was made from a yucca flower stalk and old growth Incense Cedar, took only three and a half hours to make. While MacGavin took the light instrument hiking with him for a while, he says it ended up being the first didgeridoo he would sell. On January 28, 2013, he sold it for $269 to a lady in Birmingham.

For the past two years, MacGavin has accompanied Will Thoren, a didgeridoo crafter based in California, to InDidjInUs, a weekend event held each year in August where over 700 people travel from across the U.S., Europe and China to stay and eat for free in the woods of Oregon. The weekend consists primarily of concerts and workshops, which MacGavin says you can sign up and teach at any age. Ranging from freestyle rapping to sustainable eating and didgeridoo making, he says anything goes at this didgeridoo lover’s festival.

“I would do anything to get there for every year of my life,” MacGavin said.

“Will has always been trying to do the most extreme thing he was able to conceive,” Thoren said. “Then he accomplishes it.”

“Whatever Will [MacGavin] ends up doing, he will definitely be pushing the didgeridoo scene,” Thoren said.

In September 2013, an East Coast company offered MacGavin a salary of $80,000 a year to tour as a motivational speaker sharing his experience and craft of making didgeridoos. Instead of accepting the offer, he chose to attend UA. Currently, MacGavin says he is in the process of designing an independent study program, which will focus on the experimentation of wood sculpting, through the College of Arts and Sciences. This way, he can devote more time to didgeridoos.

“There’s just piles of wood in my room,” MacGavin said. “I need a wood shop like mine back home.”

Thoren says that now is the crux of the time in western music to pave the way to having multi-drone didgeridoos as part of the brass family.

“Whether it’s in physics or taxidermy or perfecting sound, he’s one of those rare super-genius beings in a young body,” Gomezmaicas said.

While MacGavin speculates that he could get a job in another field after graduation, he says his dream will always be in the craft of didgeridoos. Someday, in what MacGavin describes as his perfect world, he would have a full time job making major profit off his instrument, the didgeridoo.

“It wouldn’t make as much money as other things I could do, but it would make me the happiest,” MacGavin said. 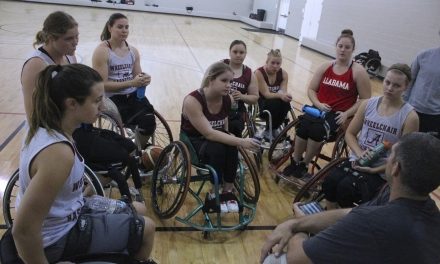 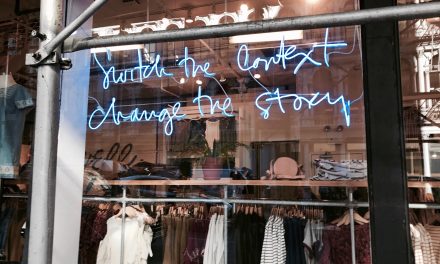 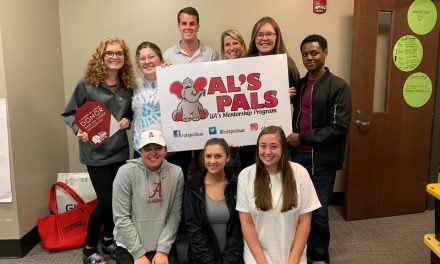 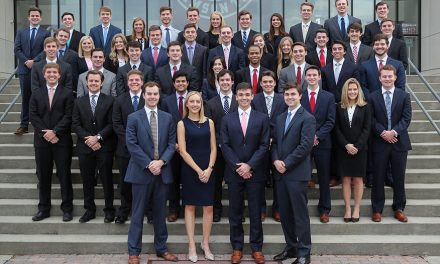