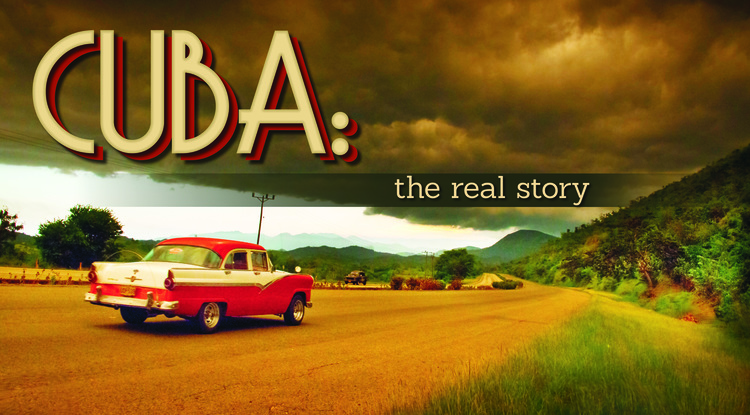 On a still-dark November morning, Chip Cooper jammed himself into a two-door Suzuki, stretching the SUV’s limits with now four men sitting shoulder-to-shoulder inside. No room was left for personal space, much less the camera equipment at their feet.

“I just remember the morning they first picked me up,” Cooper said. “They all had their hats on backward and The Beatles were playing ‘A Hard Day’s Night.'”

With this group, all boys of the 1950s who grew up on the same television shows and music, Cooper says he felt like he was going on a road trip with his best friends. On the road for just five minutes or so, Cooper says he had already bonded with his Cuban friends, Jose “Pepe” Vazquez, Julio Larramendi and Julio’s childhood best friend, Jorge Foyo. Singing the lyrics in English, Larramendi calls this moment both “weird” and “American.” The men embark on their journey to see Cuba and capture the perfect shot.

“It was sort of a symbolic meeting,” Vazquez said. This wasn’t Cooper’s first trip to Cuba or the group’s first meeting. This was different. With 15 trips to Cuba in the past 12 years, Cooper has long since gotten over the disparity between the United States and the island just 90 miles south of Miami. He has seen the poverty, the Communist government and the despair. But he is not immune, describing his most recent drive into the rural countryside, a 15-hour stretch, as an emotional journey with poverty on one hand and happiness on the other. As a photographer, Cooper has captured the country’s exotic and partially understood capital, Havana, knowing its decay and its rebirth, its joys and its problems. But, until this past November, he had not spent time outside the city’s ancient ruins. “I captured Cuba as I knew it then,” Cooper said. “Well, today, I know a different Cuba. And I know it through the lives and eyes of the common people.” This group did not go from strangers to best buds with the lyrics of one Beatle’s song. Cooper has known Vazquez, a marine ecologist and administrator at the University of Havana, for 10 years and Larramendi, a photographer and professor, for six. This trip, one step in publishing a book that showcases the heart of the country, has been in the works for three. Many say this heart lies within the Cuban peasant.

“That’s what the revolution was all about and today the respect given to the Cuban peasant is immense,” Cooper said. With this trip and the three that follow, Vazquez says they will travel across the country, from Santiago and Guamá to Guantánamo on the island’s western coast, spending their days with farmers and documenting the country from a rural perspective. “We are going into areas that most Americans have no clue exist,” Cooper said. “To me, it’s groundbreaking to have this experience and photograph it and to show, through a book, what I’ve seen.” While working with Vazquez and Larramendi to create and photograph this book, “The Cuban Peasant” out in late 2014 or early 2015, Cooper learns from his travel companions, even calling the Cuban landscape his outdoor classroom. Laughing, he says he’s the only one without a PhD. in the car. “They [Pepe and Julio] helped me make sense of everything I was seeing,” Cooper said. “To be able to understand what I was photographing, they were so kind and compassionate to give me the history of their country and the history of their present time and put everything into perspective so I was able to understand what I was seeing.” With roughly 60 total days to capture photos for the entire book, the group worked from 7 a.m. to 9 p.m. when together, shooting, driving and spending time with Cuban farmers. Vazquez and Jorge handle logistics and Cooper and Larramendi, the photos. When shooting, a photographer has one moment to capture an image, or it’s gone forever, Cooper says. However, when working on a team with another photographer, the two arrive with fingers ready to push and snap at the same place, at the same time. But there is still only one moment to capture, and Cooper says the photographers cannot share. However, Cooper did not have this problem in November. His fellow photographer never pushed. Instead, as a smile emerges on his face, Cooper remembers how, in the moment, Larramendi would step back and say, “Chip, get it.” When Cooper talks about the men he now calls his friends and brothers, he speaks almost in awe of the people he has come to know. “The world has never produced better people than those two men,” he said. Knowing these two and how they continue to act in the moment, even after 12-hour day of shooting in knee-deep mud, Cooper says he finds himself questioning how they are able to survive, how they are able to overcome such incredible odds and how they remain happy. When asked these questions on their visit to Tuscaloosa, Vazquez paused before saying, “We are happy because what’s the alternative?” Even when they aren’t together drinking coffee and laughing at Cooper say café con leche, they are thinking about their friends across the gulf. In early December, while preparing for their second trip, Larramendi called Cooper’s cell. When it rang in his office, Cooper was in the middle of an interview but excused himself, shouting “Hey, man!” into the speaker within seconds. Larramendi was checking on paperwork, but Cooper says a concerned friend made that expensive call from Cuba. Before hanging up, Larramendi told Cooper that he seemed sad when he left a few days before Thanksgiving. “Well yeah, I was sad that you were leaving and I had Pepe for another week,” Cooper replied. “And the fact that I’m going to be back with you, I am happy again.”

Larramendi steps away from the camera to become the photography subject.

The feeling is mutual. When Vazquez and Larramendi think back to their first trip in November, they laugh and tell stories of their American friend adjusting to the roads in the back seat of the Suzuki, complaining with each bump in the street. “On top there was our luggage, coconuts, pineapples, bananas and every time we hit a bump we’d all go into the ceiling of the roof, we’d go airborne and then we’d have to push the roof back up,” Cooper said. They also chuckle at the nickname they gave Cooper but say it’s a secret. After a second, Vazquez decides to open up, revealing the name, “happy fingers.” Pepe says Cooper was taking pictures all the time—11,000 to be exact. In fact, Cooper has such confidence in his Cuban companions that he asked them back to Alabama. In late November, Larramendi and Vazquez visited Tuscaloosa, bringing the first freezing temperatures of fall with them. While on campus, they taught a group of 13 University Fellows about Cuba’s history and art. Larramendi says they talked about what Cuba is and who the Cuban people are.  “What we want to do is to show Cuba to them,” Larramendi said. “We will teach Cuba, the real Cuba that they do not know, a real Cuba that is unknown for Americans.”

Sitting in on Cooper’s photography class, Larramendi got a first-hand look at the computer lab in Nott Hall. Here, the group of 10 to 12 students sat in a room lined with silver Mac computers. Larramendi says 80 students are lucky to have one old computer in Cuba.  “It would take three and a half years to describe the differences between Cuba and the U.S.,” Vazquez said, saying it is the difference between living in a rich country and a poor one. But at the end of the day, Cooper, Vazquez, Larramendi and Foyo aren’t thinking about the rich and the poor. Rather, they choose to think about each other.

“We were like four frogs on a log,” Cooper said. “We’d be lined up and have our arms around each other just in perfect contentment with what we were looking at and our friendship together.” Larramendi, Vazquez, and Foyo enjoy a beautiful day in Cuba.

They live in the moment, just as Cooper says the Cubans do daily.

“At the end of the day, almost everyday, we would finish our photography, the sun would be going down and a typical sight would be the each of us in a line with our arms around each other’s shoulder, looking out on what we had just photographed and just sitting there, shaking our heads, thinking, ‘That’s incredible—what a beautiful day,’” Cooper said. 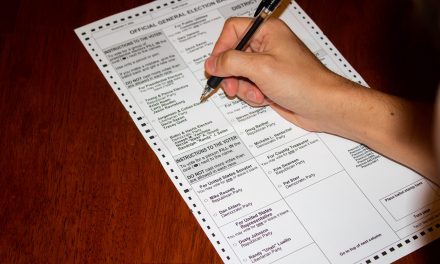 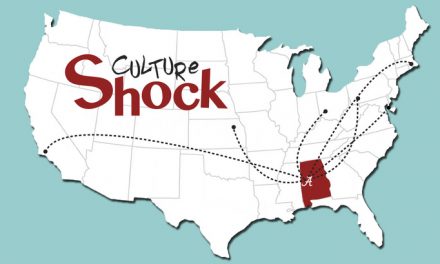 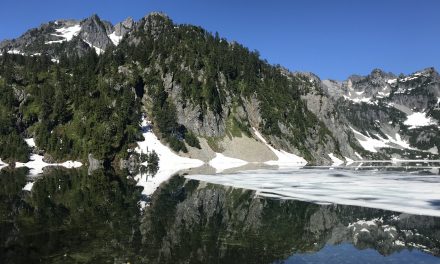