Good and Bad Habits and Why We Form Them 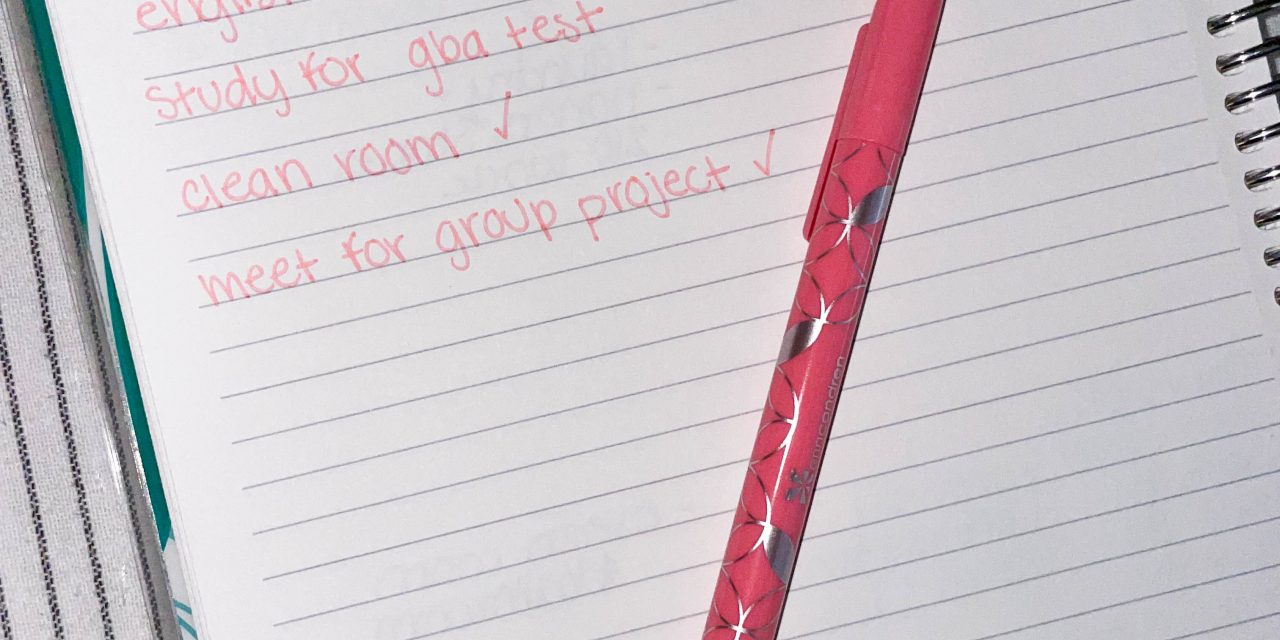 Forming good habits is helpful for your future self.

What are habits? How do we form them? And, more importantly, why do we develop certain habits and not others?

A quick Google search will define a habit as “​​a settled or regular tendency or practice, especially one that is hard to give up.” To put it in layman’s terms, a habit is something that we do regularly, maybe even every day, and it is challenging to “give a habit up” or stop doing it once it’s already become a routine.

Now, what’s the difference between a good habit and a bad habit? Let’s break it down. A good habit is a habit that has positive physical, psychological and/or emotional effects. A bad habit, on the other hand, will have negative psychological, emotional and physical impacts. Basically, good habits will bring good outcomes to us, while bad habits come with negative consequences.

When students at The University of Alabama were asked what some of their good habits were, they had a lot to say. By far and away, the most common was having organizational skills. Eleven students who were surveyed said that staying organized, making a daily schedule, keeping a planner or Google Calendar or “staying on top of things” was their best habit. Keeping a planner is a great way to stay organized. Making your bed every day ensures that you start the day off right.

Why are all of these things good habits? Staying organized, cleaning regularly and being proactive about studying will come with positive psychological, emotional and physical consequences.

When asked about their worst habit, UA students had a variety of responses, with procrastination being the most recurring habit. An overwhelming 25% of students surveyed said they procrastinate more than they should, so much so that they consider it their worst habit. Other responses included “binge drinking almost every weekend,” vaping, overthinking things, eating too much sugar, not having a well-balanced diet and more. Another bad habit that seems to be shared by many respondents is nail biting. Thirteen students surveyed said biting their nails is their worst habit. Other bad habits respondents shared include “being impatient,” “using my phone way too much,” and “having a poor sleep schedule.”

So now that we know a little bit about UA students’ good and bad habits, let’s discuss how one forms habits. James Clear is an author who writes about “habits, decision making and continuous improvement.”

According to Clear, there are four stages of habit: cue, craving, response and reward. A cue is something that “triggers your brain to initiate a behavior. It is a bit of information that predicts a reward.” Back in prehistoric times, a cue would indicate where people could find rewards such as food, sex and water. Nowadays, a cue could indicate money, friendship, love, power, fame, approval or personal satisfaction.

A craving is “the motivational force behind every habit,” and it can vary from person to person. For example, something that triggers one person may have no effect at all on another person. Cravings are about the feeling they provide. For instance, one does not crave cigarettes themselves; they crave getting a nicotine buzz and the sensation they associate with smoking a cigarette. While candy is fine in moderation, too much of anything is not a good thing.

The next phase is response, which is defined as the actual habit one is performing. Responses will only occur if the person is motivated enough to do the habit, and there is little resistance from performing the habit. In sum, habits can only occur if one is capable of doing it, motivated to do it and doesn’t have enough standing in the way to keep the person from completing the habit.

The final phase of habit is reward. A reward is the final objective of every habit. Rewards have two purposes: to satisfy and teach. First, rewards deliver relief from craving, even if it is just temporary. Next, they teach the person which habits are worth keeping and which are not. If the reward is satisfactory enough, one will repeat the habit to elicit the same response he or she enjoys.

Everyone has habits, both good and bad, with both positive and negative connotations. We form habits through a four-step process involving cue, craving, response and reward. Habits can be broken, but only if one can overcome one’s instincts and inherent desires.