Missing the Cut – Ep. 2 Spinning Out of Control

Let’s be clear. I never want to do this again.

For the second episode in our “Missing the Cut” series, I was sent to join the Million Dollar Band’s color guard for a day. These are the girls who smile and throw flags really high in the air at football games.

The first tip I got in this exercise was to, “be less weird with [my] body.” From there, I apparently needed a return to geometry class to learn more about cones. After such a great start, I quickly proceeded to miserably fail every step of the way.

I probably could handle throwing the items. I did a great job getting high, fast spins. The challenge was catching them. If one of the girls would have caught the rifle for me, we all could’ve gone home much sooner. It took at least a dozen tries for me to catch the thing – and even that was off a bounce, which I was told didn’t count. A few bruises later, I had barely snagged a piece of spinning wood out of the sky, and we could call it a day.

I’m not opposed to guarding colors again because I was bad at it. By now, this series should show you I have no problem with embarrassing myself. No, I’m never doing this again because repeatedly having a block of wood slam down on your wrists or fingers is not enjoyable in any way.

So here’s my positive spin, no pun intended. The members of the color guard are extremely talented. What they do looks easy, but that’s simply because they’re that good at it. Trust me, when you put yourself in their shoes, you realize that they are all at the top of their sport and even they still drop flags from time to time. 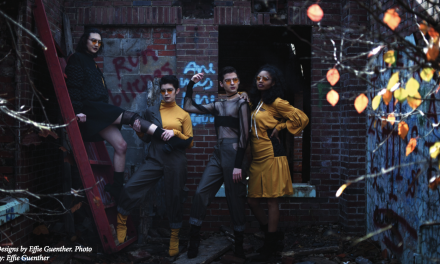 From the Classroom to the Runway 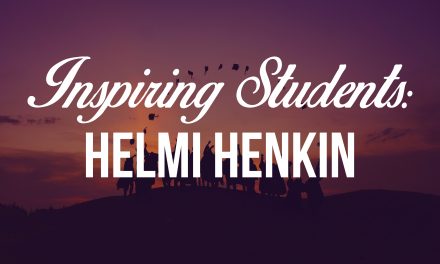