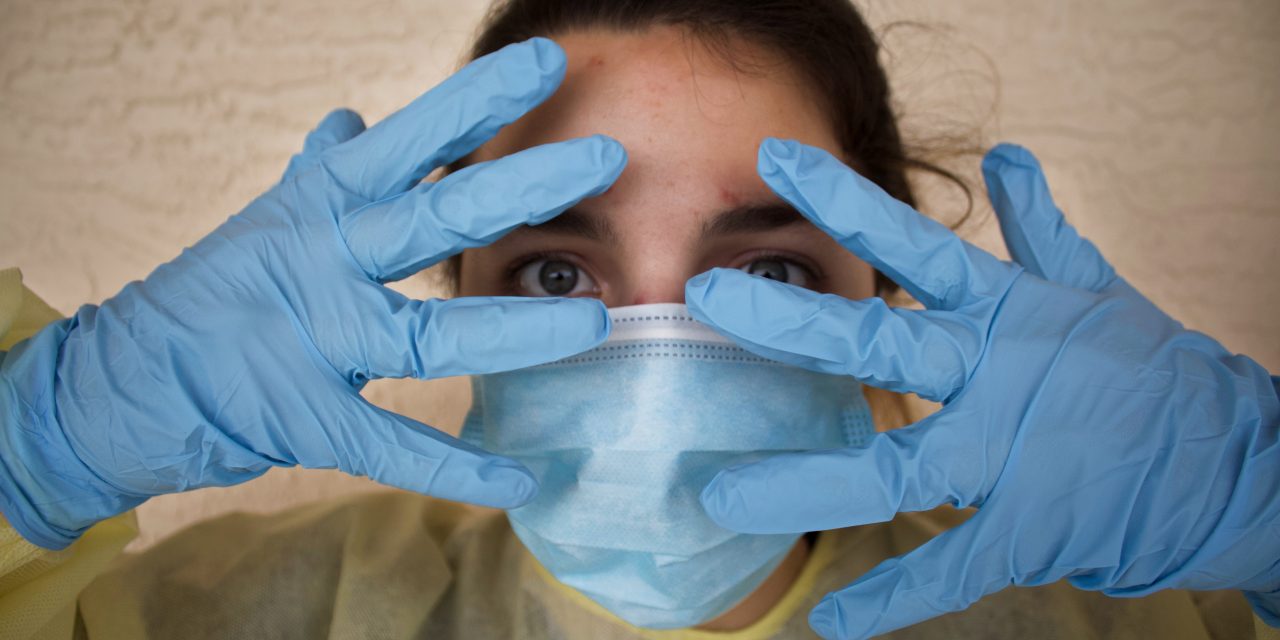 The student body of The University of Alabama is a diverse group of individuals where no two students are exactly the same. With different backgrounds, ethnicities, religions, political affiliations, and more, the University provides an environment where students can be exposed to a myriad of unique people. This semester, despite our differences, the students are united by the fact that the COVID-19 pandemic has changed everyone’s lives in a number of different ways. Because such a large group of individuals will have their own views and opinions, it can be difficult to see things through the eyes of another. However, understanding and empathy are vital during these uncertain times.

“I feel extremely overwhelmed at times doing all these online classes due to the fact that I am more susceptible to procrastination,” Shannon Anderson, a senior majoring in human development and family studies, said.

COVID-19 has affected several aspects of her senior year, such as the experiences that come with football season like tailgating and festivities including homecoming step show. Anderson’s plans for the future have been affected by the pandemic as well. She initially planned on applying to medical school next year, but was unable to take the Medical College Admissions Test, or MCAT, over the summer as planned because it was canceled.

“I am going to be spending this time to actually buckle down and study,” she said. College is a difficult adjustment in general, but the incoming freshman class is facing abnormal challenges. For freshmen like Gabrielle Stevens, a student majoring in operations management, getting to know people on campus has been more difficult than ever. She has had to turn to virtual options to stay social.

“I’ve been meeting new people on different online platforms. The two main platforms I use are Discord and Tumblr,” Stevens said.

These are also platforms she uses to keep in touch with old friends as well.

“I’m looking forward to being able to visit my friends that are still in high school since I didn’t get to say goodbye to them because of quarantine and not being able to finish my senior year,” she said. For Chloe Hodges, a freshman studying vocal performance, people have been more willing to start conversations with strangers than before, making campus feel more welcoming.

“The biggest change for me this year coming to UA was having to deal with being away from my family for a long period for the first time, and dealing with COVID on top of that. These changes have been very stressful for me,” she said.

The responsibility of student leadership has changed drastically since last year according to Alexis Van Winkle, a junior biology major who is in her second year of being a resident advisor (RA).

“The RA role is completely different,” she said. “The sole purpose of being an RA is having interactions with residents and being there for them. It’s just so hard now to do that…. On top of the limited interactions, there has been a new set of expectations and rules we need to exemplify and ensure that our residents are following.”

The rules Van Winkle refers to are new housing COVID policies, which include mandatory masks at all times in the hallways and lobbies, constantly changing rules about number of guests, heightened consequences for breaking housing rules and no in-person programs. As a result, RAs have had to find creative ways to adapt to the changes and fulfill their responsibilities to their residents. For example, Van Winkle helped to host a program where residents in her building could play Jeopardy together over Zoom and compete to win a prize.

“I definitely feel like residents see us as enforcers rather than people and students,” junior Coleman Caddell, a returning RA and electrical engineering major, said. Caddell has had to really “attack” his classes and homework to balance them with his work obligations.

“You just need to have that mindset,” he said. “That ‘not even this can stop me’ frame of mind. This time period sucks for everyone and maybe even you specifically, but if you ever use your situation as a crutch, then you’ll never rise to overcome anything. A good excuse doesn’t exist. You gotta let your setback feed your ambition.”

According to Anika Ames, junior psychology major and member of Kappa Alpha Theta, Greek life has been affected greatly by the pandemic.

“There are several different reasons women decide to participate in formal recruitment, the benefit of being accepted into a social group of like-minded women who will support you unconditionally during and after college being just one of those reasons.” she said. However, this socialization between new recruits and old members has been more difficult to achieve than ever.

Students are required to wear masks when inside their Greek houses at all times, everywhere except their own bedrooms. Meals are picked up in shifts to enforce social distancing, and all social events were cancelled prior to the start of the semester. Ames said that even Bid Day was “unrecognizable.” For an organization that strives to make connections, the changes have been hard to adjust to.

“I feel sad that it feels like a part of what makes UA so awesome, the social aspect, is missing right now, but I also feel hopeful that the UA community will continue to provide support for each other in an effort for all of us to persevere through these challenges and return to the UA atmosphere we know and love being a part of so much,” she said

As difficult as times have been for students, faculty and staff have also faced an entire world of challenges and adjustments that students are not privy to.

Ryan Earley, a professor in the University’s biology department teaches the undergraduate course Animal Behavior and is also in charge of multiple research projects. Being home all the time has made his role and responsibilities much more challenging.

“It’s stressful for me because one of my primary goals is professional development for undergraduates, so not being able to have them in the lab is a real bummer,” he said. “I love to interact with students and now the only thing I get to interact with is my dog and my family.”

Unlike most students who come from different cities around the country, professors live in the Tuscaloosa area year round, so they have not had the change in scenery that many students are getting. However, Earley said he is still not itching to go back to campus because he cannot justify the risks of student safety and health.

“Everybody needs to take a step back and just recognize that we are dealing with human beings,” he said. “Students, faculty, staff, administration — we’re all stressed, most likely more than usual. I see a lot where people just aren’t taking into account humanity, being empathetic, sympathetic, and helpful. I don’t think we’ve done a good enough job at making people feel comfortable and safe. I wish there was more of that. But maybe I’m just a hippie.”

Paul Rupar, a professor that teaches a graduate course on critical analysis in science has opted for his class to be all online. Even during quarantine his responsibilities as a professor keep him busy from 8 a.m. to nighttime. He spends his time preparing for class, running his research class, mentoring graduate students, writing grants, etc. On top of that, he has to juggle taking care of his young kids. According to Rupar, for professors with families, family life always takes the lead. Especially with two working parents and young kids, he said for himself and professors like him it feels like, “they’re underwater and drowning with life.”

Rupar believes that the online learning experience is easier for graduate students in many ways because of smaller class size and the motivation they have to learn and teach themselves. However, they are facing considerable obstacles with their research.

“Our labs were totally shut down from March until July. They literally had nothing to do. They just sat at home and did nothing. And [undergrads] did the same thing, but normally the summers would be the time graduate students are most productive, because they don’t have class and they don’t have any TA responsibilities. So normally they work full time doing research all summer long and they lost a lot of that. And that will probably set them back a year from graduation,” he said.

Rupar is teaching a graduate course now, but last semester when the virus first broke out, he was teaching a Chemistry 101 class with over 200 students.

“When you’re teaching a large class you can look at the face of the students and sometimes have an idea what’s going on. If you say something and then a bunch of them grimace, or make weird faces, you probably said something wrong or confusing and you can backtrack. You’ve lost all those cues when you go online,” he said.

With his graduate class he is able to interface with students online via Blackboard, but with his large undergraduate class last spring that was virtually impossible. Rupar decided to pre-record short videos despite it being a larger burden on himself than live-teaching a class through Zoom because he thought it was best for his students.

“Recording videos is really tough cause I’ll get halfway through a video and then I’ll say something stupid and have to start all over again. So many of those videos were like take number five,” he said.

Despite the struggles individuals are facing due to the pandemic, it is important that people take the time to look outside of their own world and try to see things from the perspective of others. Compassion will be a necessary tool in the coming months if people are to help each other through this hard time. Most of all, it is important for people to realize they are not alone. Everyone has been affected by the pandemic in one way or another, sharing many of the obstacles they are trying to overcome. By continuing to support, protect and show kindness to one another, we can create understanding that remains once the pandemic is nothing but a memory. 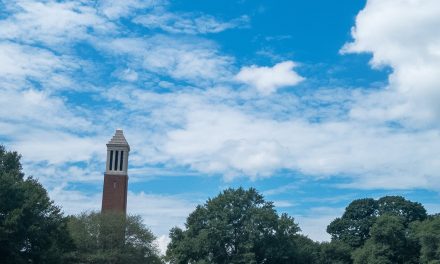 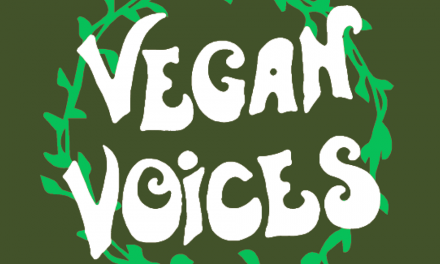 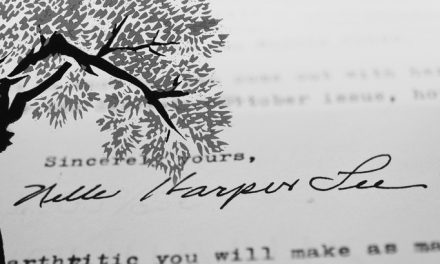