Blog 2
One talking point that I find particularly interesting is Kiwi’s views on the environment and New Zealand’s reputation as being one of the “greenest” developed countries in the world. I am personally very interested in environmental concerns. I live about a three minute walk from the beach in Los Angeles, California, so I have witnessed firsthand the destruction and damage caused to the environment by human waste, pollution, and overcrowding of large cities. For this reason, I feel very strongly about investing significant time and resources towards protecting and preserving the earth. Before coming to New Zealand, I had heard about their reputation as a very environmentally-conscious developed country, and was excited to learn more about what exactly Kiwis do to prioritize the health of the environment.

It was really interesting to learn about traditional Maori culture and how they perceived the earth as their mother. While we were in Russell, our tour guide Daryl explained to our group how Maori’s initially had a very difficult time comprehending the idea of land ownership. They saw the earth the one who had gifted them everything; they couldn’t understand how one could possibly sell or own it. I believe these traditional values regarding the environment influence Kiwi’s values today, and help explain why they so highly regard protecting the environment.

From my experience, it does seem that New Zealand is fairly environmentally friendly. At our hostel in Paihia, there was a sign in the bathroom asking occupants to turn off the tap water while brushing their teeth, as this is an easy and effective way to save a lot of water. At the same hostel, there were also several different recycling bins for different types of materials. In my opinion, these simple measures to “go green” demonstrate New Zealand’s dedication to environmental concerns.

During our time at Mahurangi College, I got another chance to see how Kiwis value conservation. All of the students seemed really excited to get hands-on experience promoting a healthy environment by planting trees. The regional park that we were at was very well maintained, and it seemed apparent that all of the Kiwis we interacted with at the park were very proud of their beautiful surroundings and were very interested in keeping the park clean and healthy.

While we were working on this conservation project, some of the volunteers taught our group about the methods used in conservation efforts in New Zealand. To my surprise, conservation efforts often include killing off animals and other species. When Europeans first started colonizing New Zealand, they brought a lot of animals that are not native to the island. This led to an extinction of many of the native plants and animals. I believe that these extinctions instilled fear among the Kiwis, and made them more determined to care for and save what native animals they have left on the island. I think this is another reason why environmental concerns are so important to New Zealanders today.

From my experience so far, I think New Zealand does live up to this reputation of being “green”. However, when we were at The Auckland University of Technology, someone in our class asked one of the AUT professors about New Zealand’s reputation as an environmentally conscious country. She kind of laughed at this question, and seemed unaware of New Zealand’s “green” reputation. She explained that in her opinion , New Zealand still has a long ways to go before it should be considered an environmentally conscious nation.

This made me wonder if being raised in different cultures may give people different perspectives regarding these types of issues. Maybe by US standards New Zealand is very progressive in regards to environmental concerns, but by the standards of a Kiwi, there is still a lot more that can be done to protect the earth. These opposing views and perspectives show why traveling and studying abroad is so valuable. Interacting with people of different backgrounds is extremely important, as there is much we can learn from one another. 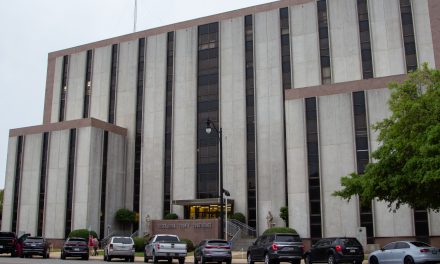