As part of the awesome adventure I and 24 of my best friends are about to embark on, we had to do complete some of the most difficult assignments I have ever encountered … watch movies and listen to music! With all jokes aside, I decided to watch the 2 hour and 58 minute long movie The Lord of the Rings: The Fellowship of the Ring (2001) directed by Peter Jackson. When I began this movie, I was expecting a Harry Potter type feeling or or something similar to the TV series, The Shannara Chronicles. To my amazement, this film perfectly captures the essences of fairy tale and heroism in the perfect way. Very long story short, almost 3 hours to be exact, an unlikely character is tasked with carrying the “precious” ring to a traitorous mountain to be destroyed before everything he knows and loves is destroyed. Don’t think of a 6’2 muscular man who lifts weights when he’s passing the time, but think of a 4-foot hobbit, who gets stabbed multiple times. If you haven’t watched this movie and adore mythical beings with magic and special abilities, you are in for a treat. At any given moment, a dark creature will come looming out of the forest in hopes to find its next meal or the agents of the dark one will be on the hunt for the ring and its bearer to bring it home. At the end the … just kidding! Do yourself a favor, sit down, pop some popcorn, and grab a blanket. Your adventure awaits!

There will always be a place in this world for music, especially from talented artists like Lorde who hails from New Zealand, Aukland to be exact. Her music has become very popular among the youth and, and her 2013 electronica pop album Pure Heroine was immensely successful on the Billboard 100 charts. Her debut EP Royals and The Love Club set the stage for many Lorde fans waiting in excitement for her minimalistic lyrics that say all the right things. After such success in New Zealand and Australia, Lorde’s, maybe most famous, single Royals took the number one spot on the charts in America. She became the first solo act from New Zealand to hold such an honor. After her career took off in America, she performed her songs on many popular daytime and nighttime talk shoes including Late Night with Jimmy Fallon and The Ellen DeGeneres Show. She also preformed her song at the 2013 New Zealand Music Awards.

Another New Zealand native who is also a musician, that might come at a surprise to some, is the star of the hit Netflix Original TV series, Riverdale, KJ Apa aka Archie! New Zealand is bursting with some of the most talented people we have seen thus far, ranging from runway models to movie stars to rock stars. Although Apa’s musical career is on hold because of his successful TV series, its not worth putting on the back burner. My personal favorite Pillowcase in The Sky sets a tone that no one can dislike. The song starts as a vibe that makes you want to dance and sleep at the same time. The calmest of the song draws you in and pushes you back once the melody and chorus starts. Amazing. On Apa’s album The Third Room, which is an instrumental album that takes you back to when it was all so much simpler. New Zealand has such amazing talent that shouldn’t be looked past. Check it out!

Is There Anything to Learn? (From an Asian-American Perspective)

New Zealand is a land full of culture and heritage and is almost perfect to the untrained eye. What does that mean? People who travel here may not see the underlying issues like racism or discrimination. When I first came to this country, I saw the massive amounts of diversity. Streets were lined with grocery stories and restaurants that ranged anywhere from Italian to Thai. People from all over the world came to this country to start their lives, just like one would do in America.

I was lucky enough to meet Gianpaolo Grazioli aka. Giapo. Giapo is the proud owner of a high-end ice cream shop beautifully named “Giapo’s.” This man is an immigrant from Italy who set roots in New Zealand and easily integrated himself into his new life because of the popularity of his business and his successes in life. I also had the chance to speak with a store clerk named Elle. Elle traveled to the states, specifically Texas, to go to high school with an exchange program. Elle explained how different the culture was in America to that of New Zealand. “New Zealand, like any other country, has issues, but here specifically, discrimination is based on the school you attended.” She said she was in awe at how supportive of how people in the states applauded others when they spoke of their alma mater, but in New Zealand, “the first question they ask you after your name is ‘Oh what school did you go to?’’.

To answer the question, yes, there is something to learn. There is much to learn. Coming from an child of Vietnamese refugees, many points here in New Zealand are very similar to those in the US. This goes to show that problems reside everywhere. People do not go out in the streets and express their issues and discrepancies to some random person they meet, nor does that happen in the United States. The only difference is New Zealand has such a large number of immigrants every year that there is no choice but to make changes. These changes could possible lead to a brighter future with so many people to celebrate it with.

After weeks of traveling to multiple cities in New Zealand, I have seen so many differences. Not only from American culture but from differing cities around the North and South islands. After going to Rotarua (North Island) to Christchurch (South Island), I felt as if it was a night and day difference. There is a larger number of immigrants who reside in the North Island. Up and down the streets, you would be able to find many different ethnicities making their way to school or to work. Auckland University has a more Asian and Pacific Islander students than others and still growing. From talking to multiple Kiwi’s, they are happy to be where they are. They feel at home. From what I could see, may parts of this country is divided based on your heritage and your level of education. In my opinion, this division is not because of racism or discrimination but because it is comfortable to be around people who are similar to yourself.

New Zealand, as a whole, has a very proud sense of who they are and where they come from. All around the country, you will find people who pride themselves on what they do for a living or how their life style impacts the environment. Nathan, one of the safari drivers, talked about how in fifty years, the country hopes to be ran on solely on renewable resources. This patriotism does not stop at one person and begin with another. Anyone from Asians to Americans to Kiwis who calls New Zealand home, love it.

Although there are so many differences that seems complicated to those who do not live in it in their everyday lives, it seems as though visitors to New Zealand may try to find problems where there is not one. Obviously thinking New Zealand as a utopia is foolish, but in my opinion, I believe there might not be as big of a problem as many would think. People live here in peace, working and making a name for themselves side by side with people of other races. With a new generation coming in, the way of thinking of the older generation begin to die out. People are more accepting of who they are and where they come from. People are proud of who they are, as they should be. I believe that some of these places seem segregated, not because of racial issues, but because of the fact that these people are immigrants. Immigrants come all over the world and find a place that is suitable for their new home. Once they reached their destination, there’s a very high chance that they just do not want to travel any longer and wish to just set down roots and start to live again.

Aotearoa is the traditional name for New Zealand in the Maori language.

Hundreds of years ago, the Maori people inhabited the island we now know as New Zealand. They built a life here until one day, the British arrived and many things changed. The Maori people had to adjust to their new way of living. The Maori people had to change their day-to-day lives in order to maintain good relations with the British empire (although it was not always good). This caused them to become different people and allow to a difference influence to be part of their lives. The Maori hunted for their food. They knew how to live on the island. They had no idea what a gun was or why people decided they could march onto their land and also call it home.

Fast forward a few hundred years, the terrain has changed, new plants and animals were introduced to the wilderness of New Zealand and very little is the same as it was. Like the British, many people still migrate to New Zealand today.

I had the pleasure of speaking to a Vietnamese restaurant owner named Lynn. Lynn came from an area close to Ho Chi Minh about thirty years ago. During our conversation and after I told her that I was from The United States, she said that she had many family members in the states. I proceeded to ask her why she did not also move to the states to be with her family. In Vietnamese, she replied, “I fell in love in New Zealand.” Lynn had married a New Zealander and decided she did not want to move to California, New York or Washington with her family, but she wanted to stay where she was. I asked her if she liked living here being originally from Vietnam and she said “Like anywhere else, when you stay a long time, you get used to it. The busy streets and roads seem to quiet down, and it isn’t as bad as you thought.”

In big cities in America, like Chicago, Los Angeles, etc., there tends to be many “sub-sections” of a city like China Town, Little Saigon, Korea Town. These are the areas that many Asians tend to live because they are surrounded in the culture they are familiar with and are less likely to assimilate into American culture. New Zealand shows some signs of that also happening as well. Lynn said “You will not find any Vietnamese people on Queen Street in Auckland” then she proceeded to tell me where I should go. After, she told me that I should go to Australia, specifically Sydney or Melbourne, because of the high number of Vietnamese people as well. Like Lynn said, people in New Zealand got used to the high number of immigrants and learn to live with the new opportunities the come across the boarders every day, even if that means assimilation is not happening. People love to be around people with similarities. It makes them feel comfortable and close to home. I also believe that assimilation is an integral part of the growth of the societal ecosystem. Although this integration does not seem prevalent just yet, I have faith it will get there someday. 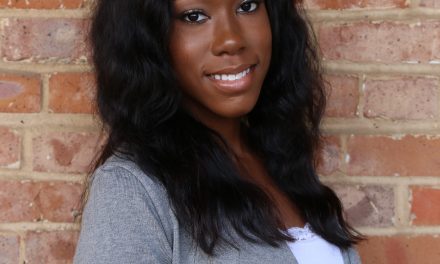 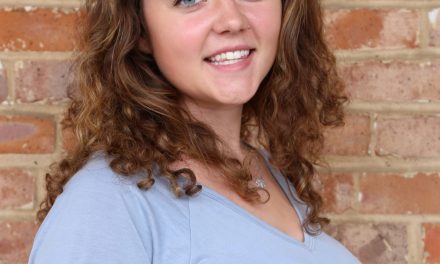 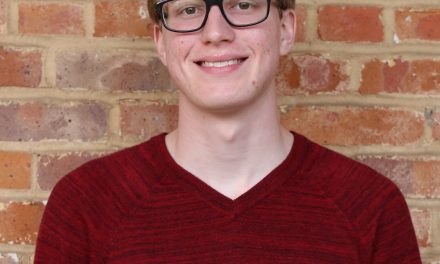