Hunt for the Wilderpeople

The Hunt for the Wilderpeople is a movie that at its core utilizes humor with emotional depth to tell a tale of growth, friendship and the reality of life. With the setting for this film being the New Zealand bush, the movie immediately introduces the watcher into the world of the peculiar boy Ricky Baker, who we join at the moment that child services are dropping him off at his new home after years of being an orphan. Immediately humor is established as Ricky’s persona and appearance seem to clash with the ruggedness that his new home. However, an unfortunate death of his new cherished mother sends the future into jeopardy, and Ricky and his uncle Hec must come to terms and live with each other in the wilderness after they decide to scramble and leave civilization. What starts out as a grudge match soon evolves into friendship and I thought the clever and very amusing way that the movie develops the relationship of the duo through comical encounters with death actually embossed its impact on me!

Meanwhile, in civilization, people have started heaps of rumors and speculation that Hec kidnapped Ricky and is a threat. I think the intimacy of the pair actually is made more evident when we realize the actually are almost in tehri own world together. Child services further claims that Ricky is just as dangerous as Hec. And so, the manhunt for both of the escapees ensues. Their adventure running from authority soon turns into an endless flee to keep their freedom that they have experienced in the bush together, all the while having fun and a load of laughs! In the climax, Hec gives himself in, as the theme of the movie starts to be made apparent and he realizes that this fantastical life must come to an end at some time, and he is sent to jail until rehabilitation. Ricky lives with some friends he had met during their journey, and eventually he duo meets back up after the carnage and the movie is left with a pleasantly satisfying conclusion as the two walk off into the forest together, ready for more adventures. I would give this movie 4.6 stars out of 5.

What We Do in the Shadows

This documentary type film spurs laughs and cringes at all points of its length. We enter into the daily lives of vampires who live in New Zealand’s more populated Wellington, and get a glimpse into the struggles of their lives as they deal with the death of friends, the need to eat humans and to stay out of the daylight. All of the vampires (there are four of them to begin with) all have their histories and backstories, some of which have fallen in love, were torturers, and others just bitten. When one friend of theirs comes over for dinner, they snack on him, and he becomes a vampire himself. As he deals with the strain of becoming a vampire, he soon learns that he can become very popular by telling everyone his identity. Comedically the gang tries get along with Nick’s human friend Stu, who they all grow to like because he treats them like friends. On a note of the flow of the movie in general, sometimes it seemed like there wasn’t really a plot, but then again that could just be a device the produces use to emphasize the blatant real life quality of the film, as nothing in real life really seems to happen in order and is rather spontaneous.

One night on the town, Nick feels the need to blurt out to everyone his vampire identity, and the others try to hush his declarations, but not before a vampire hunter comes to their house and kills one of their fellow vampire’s friends, Petyr, and Nick is shamed out of their clan. I personally found it tacky and hilarious how the vampires dealt with their issues, which were awkward and disarming, making the group seem harmless and likable.  Towards the end of the film, they are invited to a vampire gathering in Wellington, where the special guest of honor is Vlad’s arch nemesis, the Beast, also known as his ex-girlfriend. In a gruesome duel at the gathering, Stu impales the ex-girlfriend’s new lover, and Stu becomes the big man on campus. However on their way home, the gang intercepts a group of werewolves who are transforming, and Stu is eaten. In a surprising turn, Stu is actually resurrected as a werewolf and brings the two groups of monsters together in friendship. My favorite is that Vlad has a fling with his ex-girlfriend but the relationship has too much zest for his tasting. I would give this movie 4 out of 5 stars for the scandalous cinematics and comedy.

Pork Pie is a movie that I feel appeals to a younger crowd, who is more entertained by raw action and dream chasing. The movie starts out face paced and only seldom slows down. We are introduced to Luke, appearing of Maori decent, who steals an iconic yellow Mini from what appears to be a gang of no good thugs. He starts driving and nearly runs over other man named Jon who is a failed writer, and whose own car has been blown to shreds! Having nowhere else to go, Jon jumps in the car with Luke and they start speeding around the country. Not long after, they get food at a fast food restaurant and meet Keira, a feisty young woman who is over her job and just wants nothing to do with authority. Together the trio screams across the country committing petty theft such as not paying for gas, running from police officers, and yet somehow gain extreme popularity with the public as they are shown on television and news across the country, representing the face of freedom and adventure.

On a side story, Jon is on his way to meet up with the girl of his dreams that he left at the altar.  The movie from this perspective offers a love story and the adrenaline pumping action that comes from running from authority. The trio runs into all sorts of obstacles; love and theft altogether. Eventually, after Luke and Keira have departed violently from the group, Jon is left to make the final run to his waiting lady in the Mini by himself but heroically gets help from the public in deceiving the police. This movie truly represents the thrilling and rebellious charisma that the whole country of New Zealand seems to resonate to the world in general. I give this movie a 3.8 out of 5 because of its rather predictable outcome but amazing scenery and thrill zest. 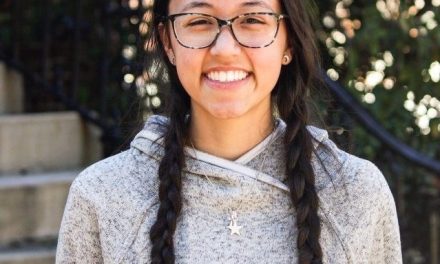