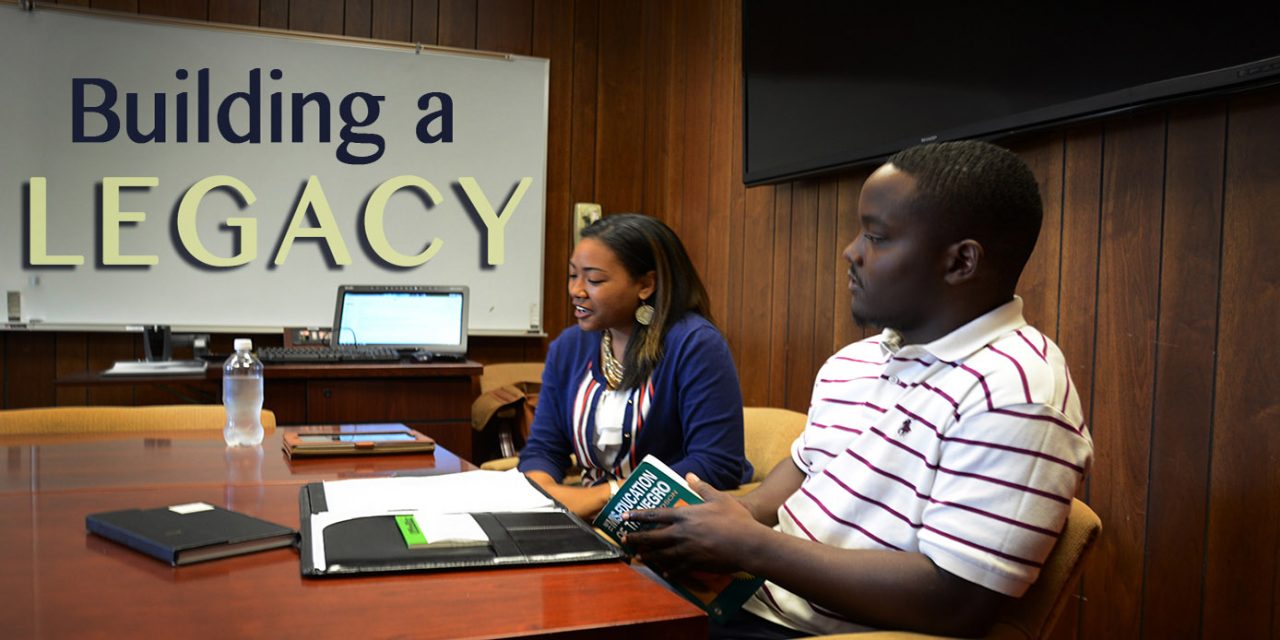 Khortlan Patterson reclines on a couch in a lounge in Nott Hall at the University of Alabama, appearing comfortable, yet poised. Her polished skirt and top starkly contrasts the attire of most other college juniors, fast walking to class in T-shirts and tennis shoes. As she leans back and crosses her legs, she appears at ease with the interviewing process.

Patterson has experienced a whirlwind of a year since she spoke at “The Stand in the Schoolhouse Door,” a September 18, 2013 demonstration sparked by allegations of racism within UA’s sorority recruitment process. After being interviewed by news sources ranging from The Tuscaloosa News to The New York Times, talking about her experiences is just another part of her busy schedule.

More than a year after the event, Patterson is pleased with the reactions she has seen. Most of the media, along with others who organized the demonstration, have portrayed the overall message in the same way—hopeful for change, yet disappointed that this was still a problem.

“I was really happy with the fact that nobody was really opposing what the whole movement stood for,” Patterson said. “I haven’t read an article yet that criticized the movement. For the most part, the feedback has been pretty positive.”

Although Patterson said that she had never been interested in rushing for a Panhellenic Greek sorority, she volunteered to give a speech to represent minority girls who had rushed and hadn’t gotten a bid.

“I was mostly speaking from my perspective and just talking about how atrocious it was that something like this was happening in 2013,” Patterson said. “Fifty years after we integrated this school, and we still haven’t integrated it as much as we would have liked or probably hoped to.”

However, Patterson’s collegiate legacy did not start on the steps of UA’s Rose Administration. She traces her desire to give a voice to minority students 57 miles south of Tuscaloosa to Marion, Alabama where Patterson was a part of the University Fellows’ Black Belt Experience at the end of her freshman year.

Every year, the University Fellows freshmen go to Marion for three weeks at the end of the spring semester to conduct community development projects covering areas such as healthcare, education and economics. For her project, Patterson, along with fellow freshman Steven Becton, created a curriculum to be taught in the public high school.

The two schools in Marion, Patterson said, are segregated by race; however, this is not mandated by the city. Because of financial reasons, Marion Academy, the private school in the city, is predominately white. In turn, the public school, Francis Marion High School, remains largely black. When Patterson and Becton stepped foot into their seventh grade classroom at Francis Marion, they weren’t surprised to find their students were mostly African American.

The curriculum they developed centered around topics not usually found in American history books. Patterson said she wanted the lessons to focus on how the identity of blacks has developed over time, playing a role in the racial dynamics seen today.

“We were telling them, here’s the identity that a lot of social media puts out for you,” Patterson said. “This identity involves athletes, rappers and these stereotypes that you don’t necessarily have to adopt. We gave them a look into the roles blacks actually played throughout history.”

After returning the following summer to teach again in both seventh and eighth grade classrooms, Patterson said she was thoroughly exhausted. But the experience was so enriching that she and Becton decided to take their curriculum in a new direction.

“I didn’t want it to die there,” Patterson said. “Steven and I both wanted to see it continuing. [We] were wondering what it would be like…with people who could comprehend it on a higher level.”

Patterson said she then began talking to Dr. Jacqueline Morgan, associate dean of the Honors College, with hope of turning her project into a university class. With the help of the chair of the Department of Gender and Race Sutdies, Dr. Utz McKnight, Patterson and Becton, now juniors, introduced a new course similar to the one developed in Marion two years prior.

The class, titled “Deconstructing the Myth of Absence,” is a UH 120 course, of which Patterson describes the main goal as to dispel stereotypes that people have about race that aren’t true by looking at black presence, and the lack thereof, in history.

“During that time period when America was growing, blacks played a huge role in shaping it financially, socially and culturally,” Patterson said. “There is this myth that black people were absent during that whole time period.”

As she and Becton begin to see how far they can take their idea, Patterson is looking ahead to see how the goals of her class fit into her future. Like most college undergraduates, Patterson has a lot of tentative plans for what she wants to do when graduation comes. After finishing up her religious and African American studies majors, Patterson wants to extend her teaching experience into a career in education. She doesn’t quite know yet if she wants to teach, open a school, or develop a national curriculum.

Becton says that he also thinks Patterson will go into education, adding that she is very much a people person who can touch everyone to some degree.

“I love working with Khortlan,” Becton said. “She is a visionary.”

Although Patterson may come across as humble about her ideas and accomplishments, she does offer up advice for people to follow what makes them happy and what can make a change.

“If you educate people more, stereotypes can’t really exist anymore if they knew what the truth was,” Patterson said. “I feel like if I just enjoy my time here and throw myself into what I’m passionate about, then the opportunity for whatever it is that I want to do will open up.” 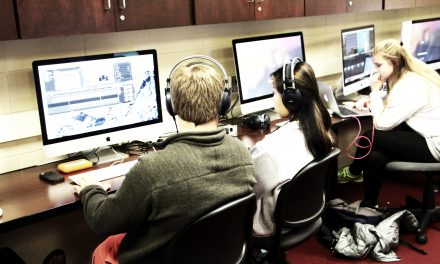 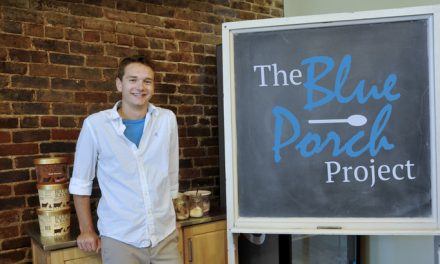 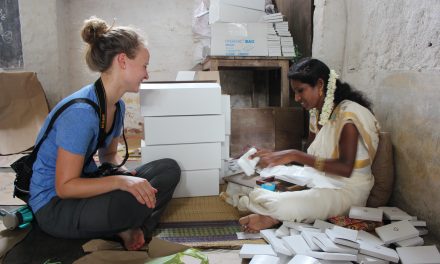